Alongside Lake Mantojärvi in Utsjoki there is a historical church hut area where, during the most active period in the 1930s, there were about twenty huts. There are thirteen buildings visible today. There have been church huts by the lake since the end of the eighteenth century, and probably even earlier, as the commune hut and the bailiff ’s hut near the present parsonage are mentioned already in documents dating from 1725. Two hundred metres south from the parsonage, between the lake and the church of St. Ulrika, there have also been dwellings. Historical sources and archaeological findings suggest that there has been some activity around the area since the end of the seventeenth century at the latest. (http://utsjoenseurakunta.fi/wp-content/uploads/sites/216/2010/12/kirkkotuvatenglanti.pdf) 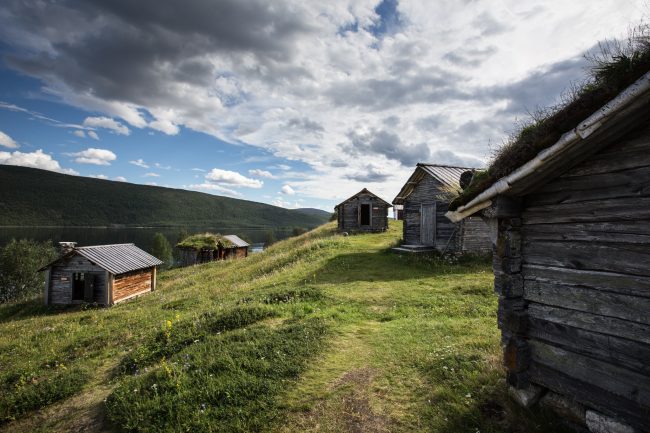