The wild eastern wilderness village of the Sámiland, Nellim, is located close to the Russian border, on the shores of the Inarinjärvi Lake. The grand Inarinjärvi Lake can be accessed from the centre of the Nellim village by boat in the summer and snowmobile in the winter. Originally, Nellim was a village of the Inari Sámi, but the 1920s and 1930s brought Finns to work in its forestry sites, and later on after the Second World War, it received the Skolt Sámi from Petsamo. Today the village is known as the meeting point of three cultures. Among the places worth visiting in Nellim are the Paatsjoki River boundary bridge, the Historical Rautaportti Trail, and the Orthodox Church of Saint Tryphon of Pechenga. The Vätsäri wilderness opening up to the north of the village, and the Tsarmitunturi wilderness to the south are some of the rare locations where you may even have the slightest chance of spotting a bear in the wild. You are much more likely to be able to enjoy the Northern Lights in Nellim, as there is no street lighting to spoil the view of the Aurora Borealis in the starry skies of the wilderness. 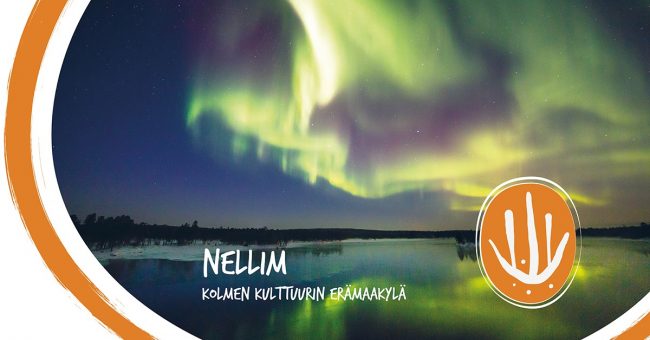 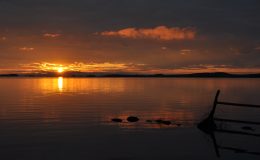 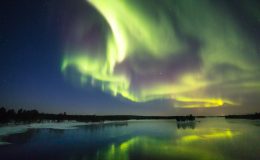 Paatsjoki Bridge by the Russian border

Located east of Nellim, the Paatsjoki Bridge close to the Russian border, leads hikers into the Vätsäri wilderness.

Rautaportti is a rugged cove surrounded by cliffs that was strategically important during the Second World War (1939 – 1945). 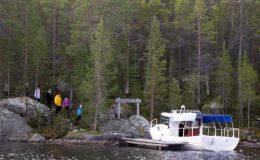 The village of Nellim is a village of a great natural beauty, surrounded by northern hills. 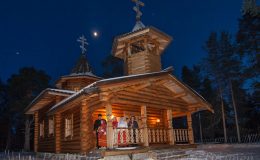 Saint Tryphon Pechenga orthodox church is located east of the village of Nellim, sitting on a handsome pine tree ridge. 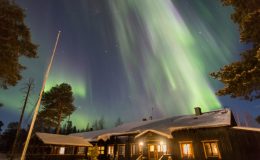 Wilderness Hotel Nellim is located in the village of Nellim, on the banks of the Inarijärvi Lake and close to the Russian border.